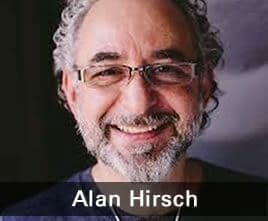 Alan Hirsch joins us for the next episode of the Find Your Calling Podcast. As a pastor, author, and leading missional voice for the church, Alan shares some of his backstory that ultimately led him to the United States as a missionary.  Alan says he’s always been a bit of a rebellious dreamer.  When God got a hold of him and redeemed his calling, a prophetic, “holy rebel” emerged.

Alan grew up under the Apartheid system of racial segregation in South Africa.  The unfair system shaped his values and thinking from an early age.  He often found himself in fights because he spoke up for the underdogs.  He describes himself as a “scrapper.”  Alan says, “I now have great respect and love for the edges and fringe in society because that’s where I was.”

During his time in the South African army, Alan and his buddies often withdrew to smoke marijuana.  The leader of this rebellious group found Jesus and introduced Alan to him.  As Alan says, “my friend Murray never left the rest of us after he experienced the life-changing power of Jesus.  Murray’s example left a lasting impression on me for how we need to remain in the culture to reach those far from God.”

In this edition of the Find Your Calling Podcast, Alan explains his journey to gaining clarity on his personal calling.  Alan says, “At the heart of calling is getting in touch with the unique purposes God has for you as a unique individual that no one else can fulfill.  It’s a sense of your particular destiny.”  His calling emerged after he became a Christian and moved from South Africa to Australia with his family.  As Alan notes, “When we moved to Australia I had a defining encounter with God.  The idea of being commissioned and sent was embedded in the experience.  This solidified and grounded my calling.”  Alan describes his unique calling as, “I’m called to help the church get into the ‘sent’ equation. That is to help the church become a movement again.  I feel a prophetic call to challenge the current system and bring it into account.”  Join Alan as he explains his journey.

Alan Hirsch is the founding director of Forge Mission Training Network and 100 Movements. Currently he co-leads Future Travelers, an innovative learning program helping megachurches become missional movements. Known for his innovative approach to mission, Alan is considered to be a thought-leader and key mission strategist for churches across the Western world. Hirsch is the author of The Forgotten Ways and The Forgotten Ways Handbook; co-author of The Shaping of Things to Come, ReJesus and The Faith of Leap (with Michael Frost); Untamed (with Debra Hirsch); Right Here, Right Now (with Lance Ford): On the Verge (with Dave Ferguson); and The Permanent Revolution (with Tim Catchim).  His experience includes leading a local church movement among the marginalized, developing training systems for innovative missional leaders, and heading up the mission and revitalization work of his denomination.